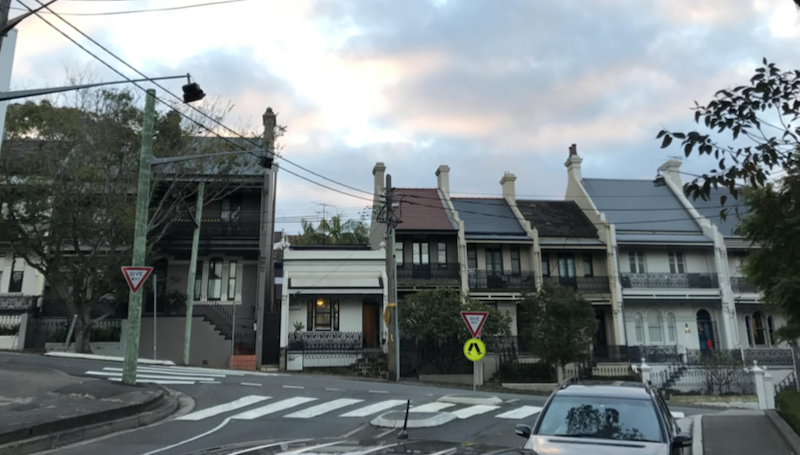 A renovated and extended double storey terrace in Sydney.

I like the addition of the extra bedroom, 2 bathrooms, extra living area and general open plan flow of the kitchen, living and dining areas.